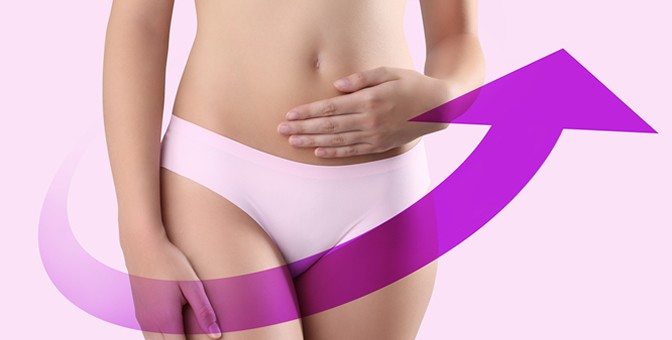 IBS is a very common condition, between 10-20 percent of people have IBS symptoms at some time. More than 80% of sufferers are women. IBS is seen as an umbrella or blanket diagnosis for symptoms which can be ill defined or changeable, but it can be described medically as over or under active contractions of the large intestine, due to excessive parasympathetic stimulation.

Symptoms include pain, flatulence, bloating and sudden bouts of diarrhoea or constipation. Accompanying symptoms can be irritability, tiredness and poor appetite. Sufferers can feel generally wound up but also at times dragged down. There may be pain on the sides or spreading through the whole abdomen. Levels of pain may vary from a dull dragging ache to severe spastic pain.

PAIN MANAGEMENT
IBS has been treated with acupuncture for many years, and a study done in 2009 on symptom management of IBS using acupuncture and moxibustion showed that after a four week trial of 8 sessions, those receiving acupuncture had significant improvements in abdominal pain or discomfort as compared with the control group who showed minimal Improvement.

Those treated with acupuncture also showed improvement in gas, bloating and stool consistency. (1.)

WHAT IS THE ACUPUNCTURISTS VIEW OF IBS?
The Traditional Chinese Medical view of IBS is that the stressed liver is overacting on the Spleen and causing stagnation in the abdomen. The healthy liver is responsible for even flow of qi through the body, when it is not stressed the energy exchange process is smooth. A weak spleen/pancreas will be more easily disturbed and the process of assimilating food and transporting it to the colon will be disrupted.

In TCM the liver is the organ commonly affected by pressured lifestyle and especially by anger and frustration. While the stomach is weakened by dietary neglect, worry, overthinking, rushing or may be constitutionally delicate.

WHY DO SOME SUFFER MORE FROM DIARREA AND OTHERS FROM CONSTIPATION?
Interestingly where a patient suffers more from loose stools the TCM diagnosis is that a condition of weak spleen qi predominates. Conversely where constipation is dominant the diagnosis is that Liver qi stagnation is predominant.
A study published by the journal of gastroenterology found faster rates of gallbladder contractions in IBS patients with constipation predominant IBS, which bears out the TCM theory of liver/ gallbladder involvement. (2.)

WHY IS SEROTONIN SO IMPORTANT IN OVERALL BODY FUNCTION?
The alimentary canal or gut has its own separate enteric nervous system; roughly 95% of serotonin is made in the gut. Serotonin is one of the most important neurotransmitters for that system. Serotonin is important for the functions of the brain and digestive system. Mood, appetite memory and learning are all affected by serotonin levels.

Serotonin affects the motility of the bowel i.e.; the rate at which food moves through the system, it also affects mucous secretion in the intestines. Constipation dominant I.B.S sufferers have been shown to have decreased levels of serotonin and therefore less effective motility. Also low serotonin levels are associated with anxiety and depression.

Conversely, diarrhoea dominant sufferers have higher levels of serotonin activity leading to overactive bowels.
So there is much evidence suggesting that poor gut health leads to mood disorders and vice versa.

WHY DO IBS SUFFERER’S OFTEN HAVE FOOD INTOLERANCE?
In Chinese Medicine difficulty in digesting any food which is normally not harmful is put down to a deficiency of spleen/pancreas qi or “digestive fire” and again probably stagnation of liver qi.

This helps to explain why so many have problems with certain foods e.g.; grains esp. wheat, coffee, tea and citrus fruits. And interestingly, the diarrhoea predominant sufferer is usually more dairy intolerant, probably as TCM would have it because the spleen deficient person retains damp and so can’t tolerate mucous forming foods.

These patients may benefit from doing an IgG food intolerance test. Acupuncture will strengthen digestion against these weaknesses and it may be best to avoid certain challenges. Eating low GI type fibre foods such as oats, brown rice, chia and flax seeds will speed up the processing of wastes and reduce infection and constipation.

HOW CAN ACUPUNCTURE HELP?
A study using acupuncture on the point Bladder 23 or “Shenshu” showed that “effective acupuncture increased and prolonged the activity of seretogenic neurons in the reward system pathway of the brain…..suggesting that acupuncture may be effective in the treatment of emotional disorders,” (3)

Acupuncture works to relieve the symptoms of stress on the liver, gently rectify long term digestive or spleen deficiency, and improve motility in the abdomen. Points on the liver channel and general calming points are chosen which will address any long term repressed emotions such as resentment frustration. Also specific points are chosen which strengthen the stomach and spleen and reduce any dampness which is often present.

Points on the gallbladder channel are often chosen for IBS. Traditionally Chinese say a shy person has a “small gallbladder” Maybe there is a connection between this and recent findings that serotonin levels in animals are related to their social status.

This will give the patient more energy, reduce heavy sluggishness and reduce the tendency towards worry and anxiety. Relaxation therapies such as mindfulness, CBT and meditation are invaluable as this is a long term pattern requiring a long term approach and understanding of the root causes.