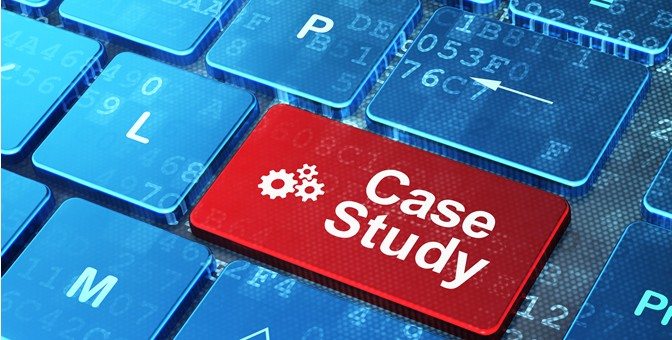 The Acupuncture Council of Ireland carried out a survey on their members in 2012, and reported that Fertility and pregnancy issues were a main reason why both men and women attend an acupuncturist for help. This can be by couples who are having difficulty conceiving but are not yet ready to attend an IVF clinic. It can be by couples who want a ‘natural medicine’ approach or couples for whom IVF has failed and those who do not fulfill the criteria to avail of IVF. Couples who want to prepare themselves for pregnancy or those who are embarking on an IVF cycle. Last but not least it can also be by couples who are willing to try any avenue to help them conceive, or women who have issues such as repeated miscarriages.

The definition of infertility by Western medicine is when no pregnancy has been achieved within two years of actively trying to become pregnant. This would translate into having intercourse approx. three times a week. This is coupled with the estimation that the fertile human species has only an approximate 15% chance of achieving a pregnancy in any given month. Add age issues into the equation and the chances of getting pregnant unassisted goes from 95% achieving pregnancy within 36 month at age 20, to 50% at the age range of 40-45 within that same time frame. Besides the obvious age issues of the over 44’s there are very few people who are actually considered clinically infertile. So, what is the problem? Sometimes it can be due to a lot of couples actually missing their window of ovulation due to cycle variations and lack of knowledge of when is important to have intercourse, or the woman is not ovulating, PCOS, endometriosis, luteal phase defects, sperm disorders and problems such as pelvic inflammatory disease or fallopian tube issues.

Acupuncture and Chinese herbs is widely used in China to treat fertility issues. It can actually be traced back as far as the Shang dynasty 1500-100BC when their first gynecological records were written. It is gaining momentum globally as a valid way to treat the couple trying to achieve pregnancy . As to date It has not proven to cause harm to fertility or negatively affect or interfere with an IVF outcome. In actual fact the data is there to suggest otherwise.

Research from the Weill Cornell center in New York states that the benefits of acupuncture are:

There are also studies there to back up the use of acupuncture for any woman undergoing IVF. The most commonly quoted research is from the Dept of Reproductive Medicine, Christian-Lauritzen-Institut, Ulm Germany. It was published in Fertil Steril 2002:77;721-4. 2002 by the American Society for Reproductive Medicine.

(It is also known as the German protocol.)

The thought behind this is that acupuncture preformed at the time of transfer or as near as possible to it helps to reduce any uterine contractions which might result in an embryo being expelled or that could prevent a successful implantation.

Another more recent study conducted in China on over 5.500 women undergoing IVF showed that pregnancy and birth rates improved when acupuncture was administered when compared to the no acupuncture group. Cui Hong Zheng et al, 2012 Fert Steril, online 11 January 2012.

Fertility and Sterility
What to expect when attending a registered acupuncturist?
As a TCM practitioner who practices Acupuncture and Chinese herbal medicine I always start the initial consultation with taking a detailed history to include physical, mental and emotional wellbeing, and tongue and pulse diagnosis . I look at any related hormonal blood results and any other medical investigations they may have undertaken . I encourage the woman to do a basal body temperature chart (BBT) which is tracking their temperatures first thing each morning over a month and recored on a graph. This BBT chart can help me understand what is going on in that cycle. It can tell me if she has ovulated, if the luteal phase(second half of cycle) is long enough, if the cycle is within a good temperature range and if the couple have actually tried within the optimum time frame of achieving a pregnancy. This really offers me and the couple a telescopic view of the woman’s cycle that allows me to finely tune my diagnosis and treatment protocol. For the woman, the fundamental aim of treatment is to work on securing a good two half phased cycle. This means regulate the cycle if it is outside normal TCM parameters, help build a good endometrial lining and to promote ovulation. We also aim to support a healthy luteal phase that is at least 12-14 days long. This is because implantation occurs at around 7-9 days post ovulation and anything less than 12 days does not allow for a successful implantation of the embryo. I often prescribe Chinese Herbs alongside the acupuncture to support the different stages of the cycle as well as treating any other symptoms. This can include help with any issues such as stress, pain, poor endometrial lining, breast tenderness or any other issue that has flagged as needing adjusting.

How does Acupuncture work?
TCM views the body as a network of energy flows that course over twelve main meridians or channels. These channels are balanced in a normal healthy person but sometimes before anything is even obvious a disruption of the energy flow occurs that has the power to alter the entire system, which can then go on to produce pain or other symptoms in the body. It is acupuncture’ s goal to restore the body to a state of balance or normalcy by working on a combination of points along the channels. Whether it be for fertility, pain, stress, anxiety all people are assessed individually and individual prescription of points are chosen at time of attending.

So let me tell you about Louise.

Louise attended me as she was concerned about two issues. One: she wanted to get pregnant and nothing was happening within a year of trying. Two; she had a history of depression and wasn’t feeling very well at the time.

Upon speaking with her we both agreed that before seriously embarking on the fertility route we would work together on helping her mood. Why? From a TCM point of view her energetics were very unbalanced, in particular the heart and the liver qi. The heart in TCM has an affinity with the mind so It was essential to rectify the imbalance to help her depression. Also, according to TCM gynae principles, it also has a direct link to the uterus! Add to that the heart must be quiet for ovulation to occur! As for the liver qi ,it is absolutely necessary for a healthy menstrual cycle because it is regulating, nourishing and also helps with movement and free flow(think about the egg, sperm or embryo travelling through the fallopian tubes).

Louise came to me on a weekly basis for four months. She started to improve in herself and just as we started to take the fertility aspect onto the next stage she announced that she was pregnant!

This case history is important on a few levels. It stresses the importance of the mind-heart–body connection . As TCM practitioners we always look at the whole being as nothing is in isolation. Louise’s story is very hopeful for lots of healthy women who may have other issues as well, but have not tied the dots as to why their wish to get pregnant hasn’t happened. It is also the reason why one should attend a properly trained acupuncturist as they have not just learnt a few set of points for problems, but they are able to diagnose each person on their individual presentation.