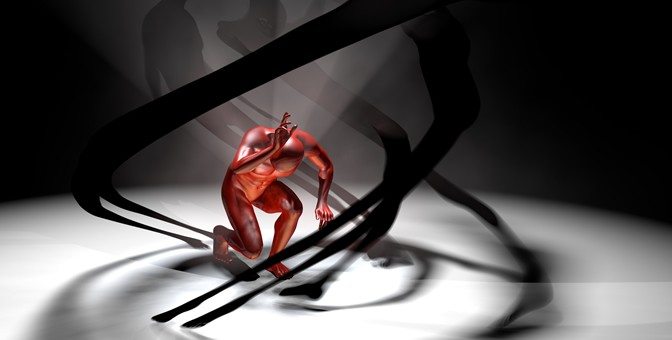 ‘Anxiety is defined as a feeling of apprehension, uncertainty or fear.’

Living with anxiety is a full time job. The persistent and debilitating nature of this ailment can leave one feeling hopeless. Many people have turned to acupuncture as a gentle way of restoring inner harmony with wonderful results. These results are supported by extensive scientific research, much of which is focused on the limbic system (the centre of our emotional brain). The limbic system is in charge of the initiation of many processes, from triggering our ‘fight or flight’ response, to the production of calming brain chemicals such as serotonin. The balancing effect of acupuncture on the body, mind and soul has profound and lasting results. In many cases, treatments with a sufficiently qualified, registered acupuncturist can lead to a full recovery.

In the Sep 2005 issue of NeuroImage (Ref 1), authors state, “This fMRI study demonstrates that manual acupuncture at ST 36 (Stomach 36, Zusanli), a main acupoint on the leg, modulated neural activity at multiple levels of the… limbic system.”

The limbic system is a collection of brain structures which support a variety of functions including emotions, behaviour, motivation, long term memory, and our most primal sense, olfaction (sense of smell). A mere scent has the power to thrust us into a vivid memory. The smell of a given fragrance, for example, may induce comforting thoughts of a loved one. Alternatively, the smell of a dentists office may induce a fearful response resulting from a childhood memory. The limbic system, therefore, may be referred to as the ’emotional brain’ and is of central importance in anxiety conditions.

In addition to the above, the limbic system also regulates our physiological response to perceived threats through processing sensory input. When we are under stress, our hypothalamus triggers the secretion of stress hormones from our adrenal glands, which provides our body with the energy needed to fight, or flee from, the source of danger. This is known as the ‘fight or flight’ response and has served the purpose of protecting our species since the dawn of time by keeping us from danger.

However, in today’s world there are many perceived threats (for example, being yelled at by your boss, or missing the bus), which do not actually pose any real threat in terms of our immediate survival. Unfortunately, our body does not know the difference, and so it responds physiologically in the same way as it would if our life were in danger. When we endure stress or anxiety over a sustained period, it forces our adrenal glands to work overtime and as a result, they become depleted. This may eventually lead to adrenal fatigue, a term used in holistic therapies to describe a state in which the adrenal glands have reached the point of exhaustion.

The limbic system also has the important job of producing calming brain chemicals called neurotransmitters. Acupuncture can support the brain in maintaining adequate levels of these chemicals. In the 2006 issue of the International Journal of Neuroscience (Ref 2), authors state, “It has been determined that endomorphin-1, beta endorphin, encephalin, and serotonin levels increase in plasma and brain tissue through acupuncture application.” It has been observed that these neurotransmitters cause analgesia (pain relief) and sedation. Because of these effects, acupuncture is used in the treatment of “psychological illnesses such as…anxiety and panic attack.”

Anxiety disorders are due to a chronic imbalance in the systems of our body. As the limbic system is the centre of our “emotional brain”, it has a significant impact on our mental health. The profound effects of acupuncture on anxiety is largely due to its regulatory impact on the limbic system. Through the healing, balancing effect of acupuncture on the body, mind and soul, one may begin to live, rather than merely survive.

Acupuncture and Anxiety, a good match?
Get help with acupuncture for your pmt/pms physical and psychological symptoms